History of the Tsaina Lodge

In the late 1980s, Alaskan bush pilot Chuck McMahan was driving on the Richardson Highway heading to Valdez when, surrounded by all these snow-covered mountains, he started to think he could land on the top of them and allow skiers to ride them down.

In spring 1987, a small group of Valdez skiers gathered for the first airplane-assisted skiing on Thompson Pass conducted by McMahan. The operation was a success, and the people, who could not believe how great the snow was up there, came back repeatedly.

In 1988, Michael Cozad, who was one of those lucky early ones flying with McMahan, bought the Tsaina Lodge. The Tsaina Lodge had been a road house for oil truckers since 1949, but when Cozad acquired it, it was just an abandoned building next to the Richardson Highway. But it was located in the heart of Thompson Pass, and Cozad and McMahan had the idea to bring a helicopter there and start their heli-skiing activity. 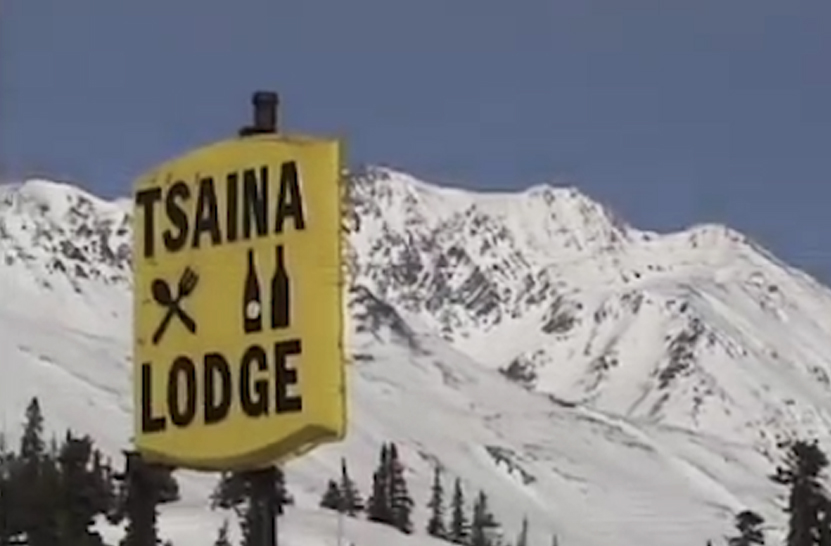 The Tsaina Lodge was diamond in the rough.

In order to kick-start their business, they launched with the support of the city of Valdez the first annual World Extreme Skiing Championships, held on Thompson Pass. The competition introduced some of the world best and most influential skiers to the mountains of Alaska, including Jim Conway, Seth Morrison, Jeff Zell, and Doug Coombs. 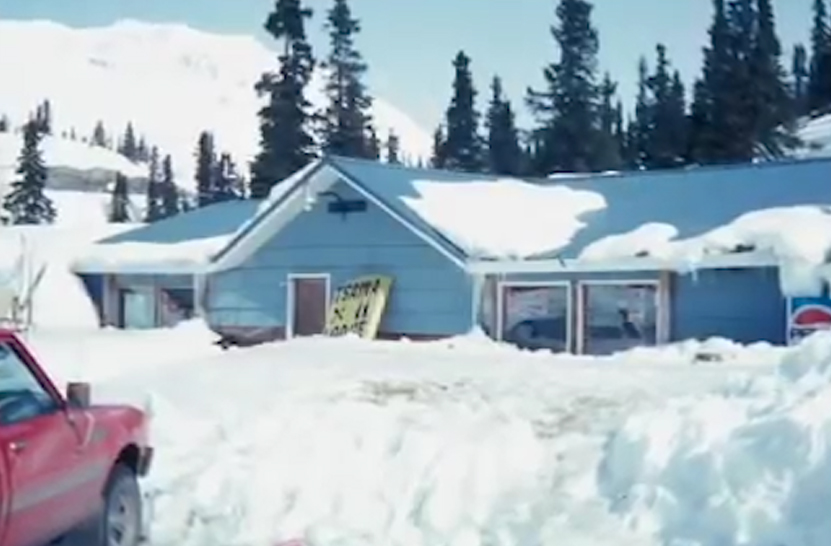 In April 1991, when the first competition took place, judges and contestants arrived at the Tsaina Lodge. The lodge was sort of a clubhouse where all the best skiers of the world were hanging out. The mayor of Valdez and half the town’s residents also showed up to the lodge to see Coombs crowned World Champion. 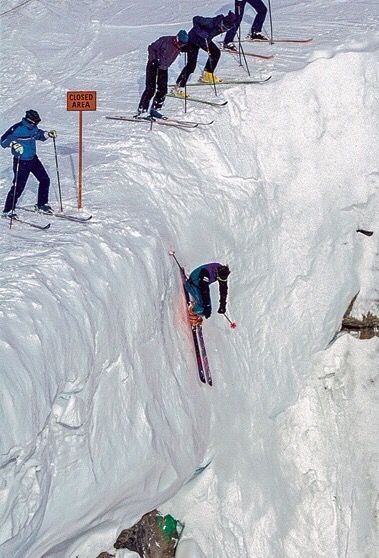 From this day, Valdez became the place to be for extreme skiers and snowboarders all around the world, and the Tsaina Lodge its epicenter. Doug Coombs founded Valdez Heli-Ski Guides in 1993, using the lodge as a pied-à-terre for his skiers who could appreciate its never-ending parties. 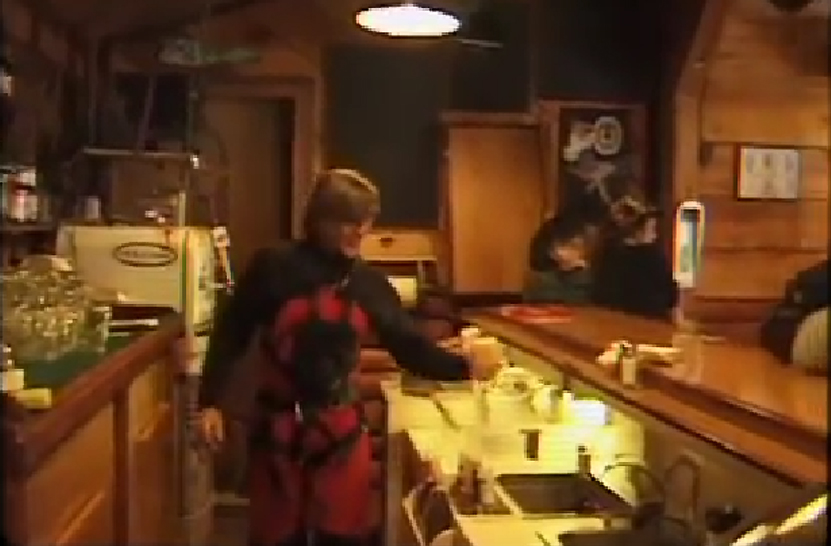 The original bar of the lodge.

After the 2005 season, the Tsaina property flooded. Sadly, the original lodge became unusable. The next year, VHSG continued to base its operations from the Tsaina property, but had no choice but to house its clients in hotels in Valdez.

In 2011, Jeff & Ingrid Fraser who had been skiing with VHSG since the late 1990’s, could not let their favorite lodge stay in disarray and purchased the Tsaina Property from Liza Wax in order to restore it. The new Tsaina Lodge was built in time for the 2012 season. The new lodge’s bar area, which is the heart of the lodge, was designed after and contains materials from the original Tsaina Lodge. Today, it keeps pumping good feelings in everyone’s mind. 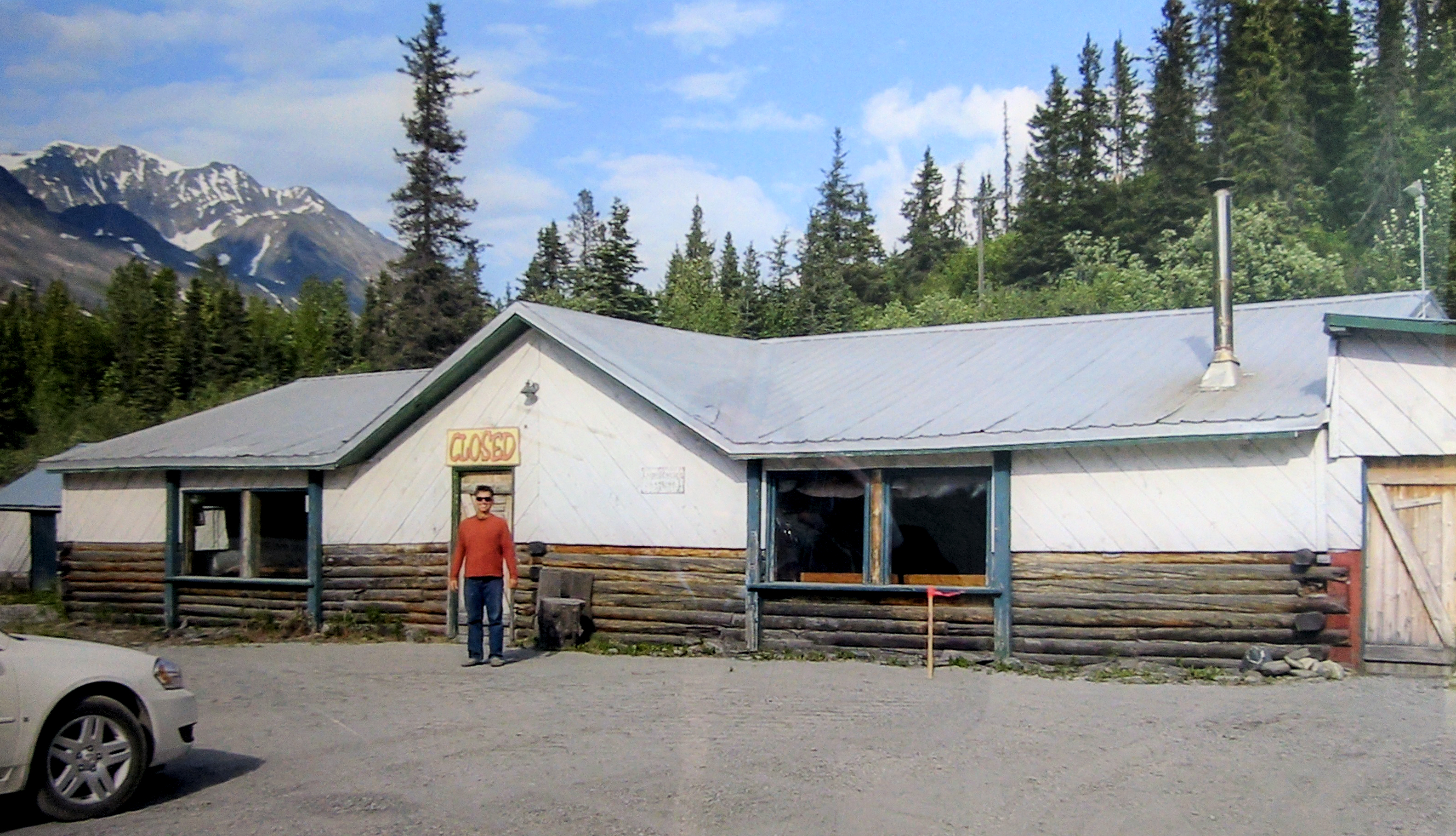 Jeff Fraser when he acquired the lodge.

In 2018, Jeff & Ingrid purchased VHSG from Scott Raynor, finally merging the heli-ski company and its emblematic lodge in a unique entity.

The Tsaina Lodge is not just a lodge, perfectly located to go heli-skiing. No, because this is where Alaska heli-skiing has begun, a lot of history hovers over the place. When you will have spent one of your best days skiing in Alaska, you will not want to go back to an empty trailer. You will want to share your awesome day with those strangers who crowd the lodge’s bar, listen to their great stories, and have a drink with them. And by the end of the night, those strangers might become your friends.